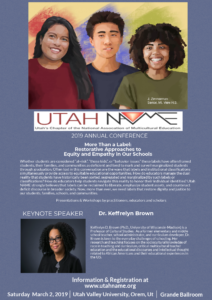 2015 ~ Louie Gong (M.Ed) is an artist, educator and public speaker who was raised by his grandparents in the Nooksack tribal community. Although he is best known for his highly sought after, hand-drawn custom shoes, Louie has received international recognition for a body of work that – like his mixed heritage (Nooksack/Chinese/French/Scottish) – defies categorization. 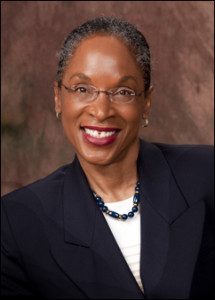 2013 Conference
“narratives of bravery & hope: telling the story” was held February 23, 2013 at Westminster College in Salt Lake City, Utah.
Special thanks to our outstanding keynote speaker, Lewis Diuguid, Editorial Board member and columnist for The Kansas City Star. Download a copy of his keynote speech 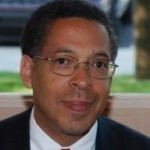 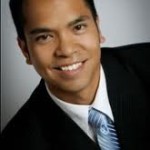 2010 Conference
“narratives of bravery & hope: embracing diversity in utah” was held March 26-27, 2010 at Westminster College in Salt Lake City, Utah.
Thanks to our Keynote Speaker for the 2010 Utah NAME Annual Conference, Dr. Luis Urrieta, Associate Professor of Cultural Studies in Education and Mexican American Studies at the University of Texas at Austin. 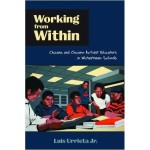 2009 Conference
“Delivering the Promise of Public Education: Equity for All” was held March 27-28 at the University of Utah.
Dr. Pedro Noguera, New York University, offered participants an important and compelling keynote address and breakout session..

2007 Conference
“Weaving a Tapestry of Cultures and Voices” was held at The University of Utah.