The Exemplary Educator for Diversity Award honors one educator each year at the Annual Educators for Diversity Conference. The award is given to Utah educators who actively and thoughtfully exemplify the mission of Utah NAME. The award is given not only to honor the educator but to support her/him through acknowledgment of the challenging and rewarding collaborative work of providing equitable educational opportunities for all learners. 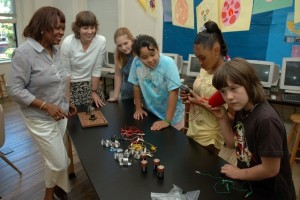